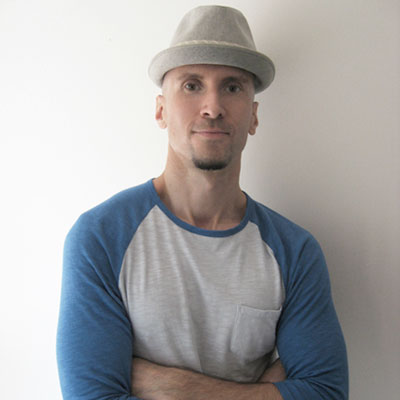 Brian Love (aka B.Love) began drawing before he could read. Art is still his first language. His parents enrolled him in private oil painting lessons when he was seven. He went on to graduate from The University of the Arts in Philadelphia with his BFA in Media Arts. He started by creating paper collage card illustrations which were accepted by Great Arrow Graphics. Through projects with Macy’s, Kimberly-Clark, Camelbak, Land of Nod and Hallmark, his work has reached millions of homes around the world.

Drawing on his background in illustration, graphic design, painting and art history, Brian’s work has a mid-century sensibility seen through a modern eye –whimsical, abstract, colorful, graphic (and a little bit wacky) but always fun.

You can usually find Brian in front of an Adobe program, on his yoga mat or waiting in line at Whole Foods. He recently moved back to Philadelphia after years in Northern California to be closer to his brand new nephew.