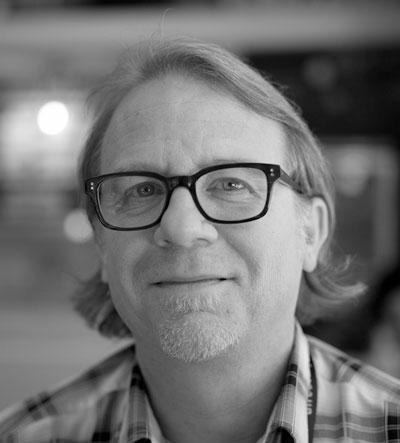 Calef Brown has been working as a freelance illustrator for over twenty years. Since receiving his BFA from Art Center College of Design, his work has appeared in Time, Newsweek, Rolling Stone, The New Yorker, Entertainment Weekly, The New York Times, and numerous other magazines and newspapers. He has created CD and book covers, posters, billboards, murals, packaging, and character development for clients including Adidas, Sony Music, Laika Studios, Disney/Pixar, and Nickelodeon.

He has done workshops and lectures at The Getty Museum, Walker Art Center, The National Book Festival, Kohler Art Center, and Graphil Oslo. He was a featured speaker at the 2013 OFFSET festival in Dublin, and at ICON 8 in July 2014.

Calef has also written and illustrated more than a dozen award-winning picture books, and has been published by Harper Collins, Simon and Schuster, Houghton Mifflin, Henry Holt, and Chronicle Books.