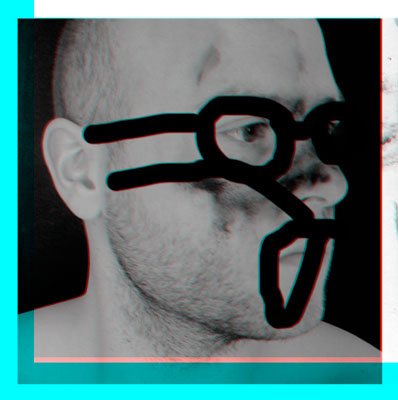 Marco Wagner was born in 1982 in central Germany in a small Bavarian town called Würzburg. He has been working as an artist / illustrator in Veitshöchheim (near Würzburg) since 2006. Marco loves to work with a mix of techniques such as acrylic, pencil, cut paper, crayons etc… His exhibition work is mostly acrylic on board and pencil on paper. His studio space, which he also uses for reading and listening to music, is a room in his flat which he describes as split into two areas: his clean area and his messy area. In his free time, Marco loves to cook, have dinner with his family and friends, take long walks through the forest or just spend time in the sun.
Marco is married and has 2 childrne; Paula, 4, and a new arrival named Klara.