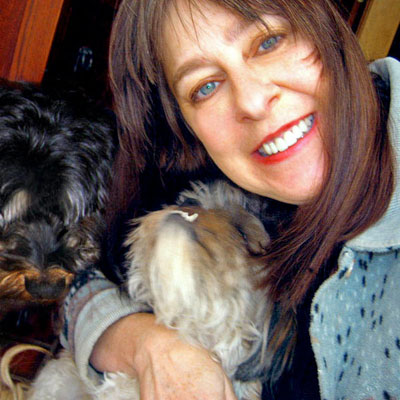 Robin grew up in Northern Minnesota and graduated from the Minneapolis College of Art and Design. She started Minneapolis Moline Illustration immediately after graduating in the early 1980’s.

Around that time she began exploring a style reminiscent of Grant Wood and other Regionalist Artists of the 20’s and went on to make it her signature style. Robin’s close attention to detail and her use of thermal color contrast brings her paintings to life!

In the early 90’s she joined forces and worked along side her Illustrator Husband Leland Klanderman, BIll Bruning and Daniel Craig at Oasis Art Studios. Together they worked , won numerous awards and sometimes collaborated on bigger projects. Robin and her husband co-taught Professional Illustration Practices at MCAD in the mid 90’s before moving their studios out to the beautiful St. Croix River Valley on the border of Minnesota and Wisconsin.

When Robin isn’t busy working on Illustration projects she enjoys photography, cooking, gardening, birdwatching and being entertained by her cat and two dogs.

Robin’s work can be seen on many recognizable products, advertisements, bookcovers and in many publications. She often does   the annual official map for the Golf USOPEN and has a permanent mural on display at the John Deere Pavillion in Moline Illinois.  Robin recently was commissioned by the USPOSTAL Service to do the Farmer’s Market Stamp series which went on to be voted most popular stamp of 2014. Robin also has artwork on display at the Celestial Seasonings Gallery in Boulder Colorado.

Robin has also done work for private commissions and sells prints to people who’ve track her down from around the world.