Italian artist, Lucio Schiavon, was commissioned to create a series of illustrations of various chic locations in Italy.  The client, San Lorenzo, is a super luxury yacht company based in Genoa, Italy.  He worked with Milan-based agency KubeLibre.  Schiavon has had his work shown across the world from shows in Tokyo to illustrations in the New Yorker to Barcelona– his illustrations have been highly celebrated.  He has also worked for and with a variety of brands including Carhartt and Fiat, just to name a couple.  His work has modern, almost palm springs-esque, sensibilities with the images featuring classy 1950s looking women.  The work utilizes prominent basic shapes, like the shapes that form the most prominent trees, which in turn contrasts the smaller details that make up the distant bushes and trees. This technique makes the foreground stand out while letting the background becomes something like visual white noise.  All of the illustrations for San Lorenzo as well as the rest of Lucio Schiavon’s work is highly elegant and highly regarded. 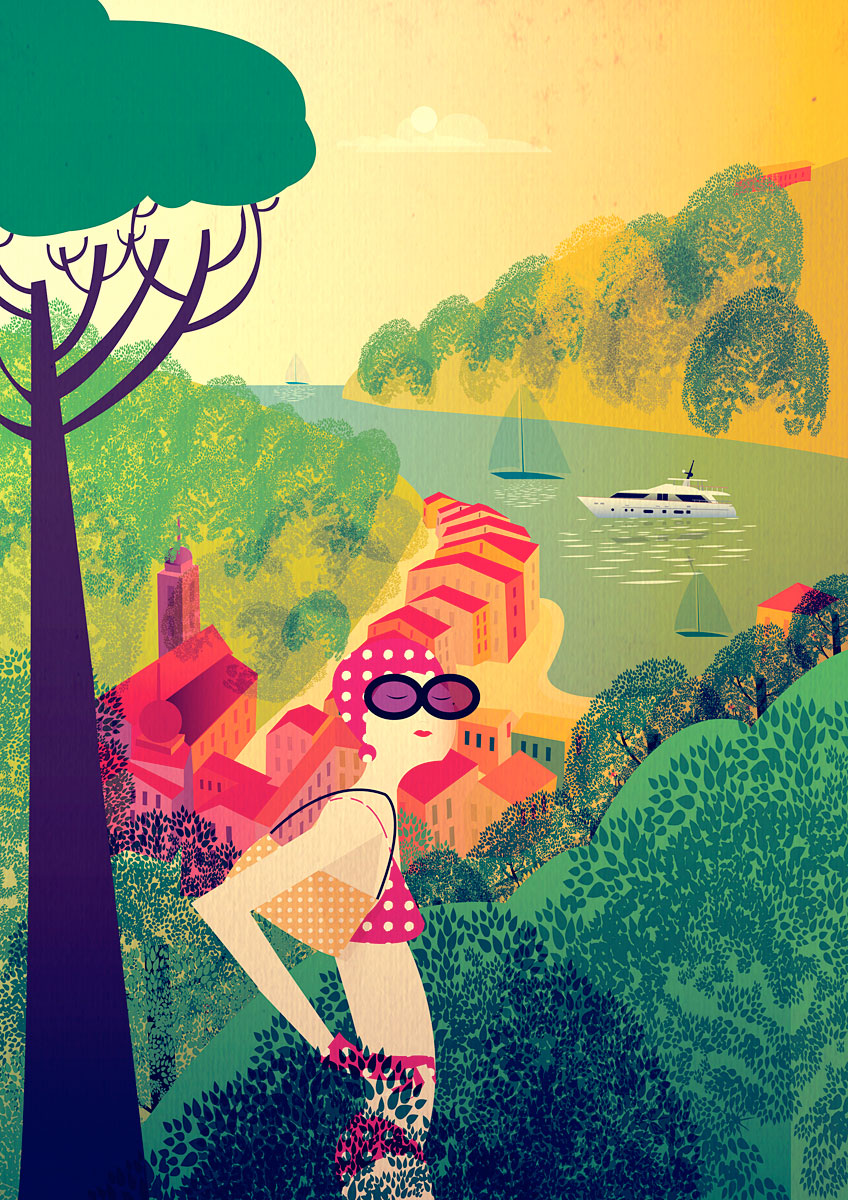 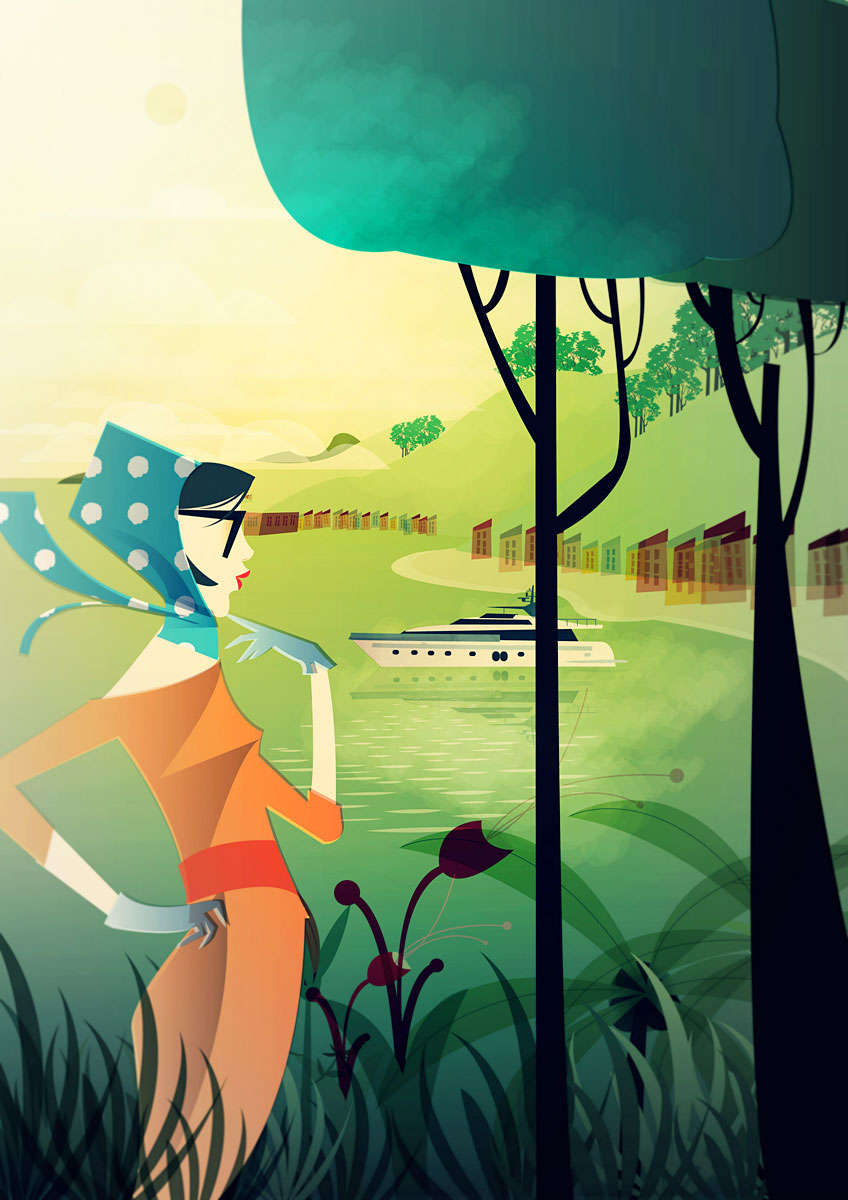 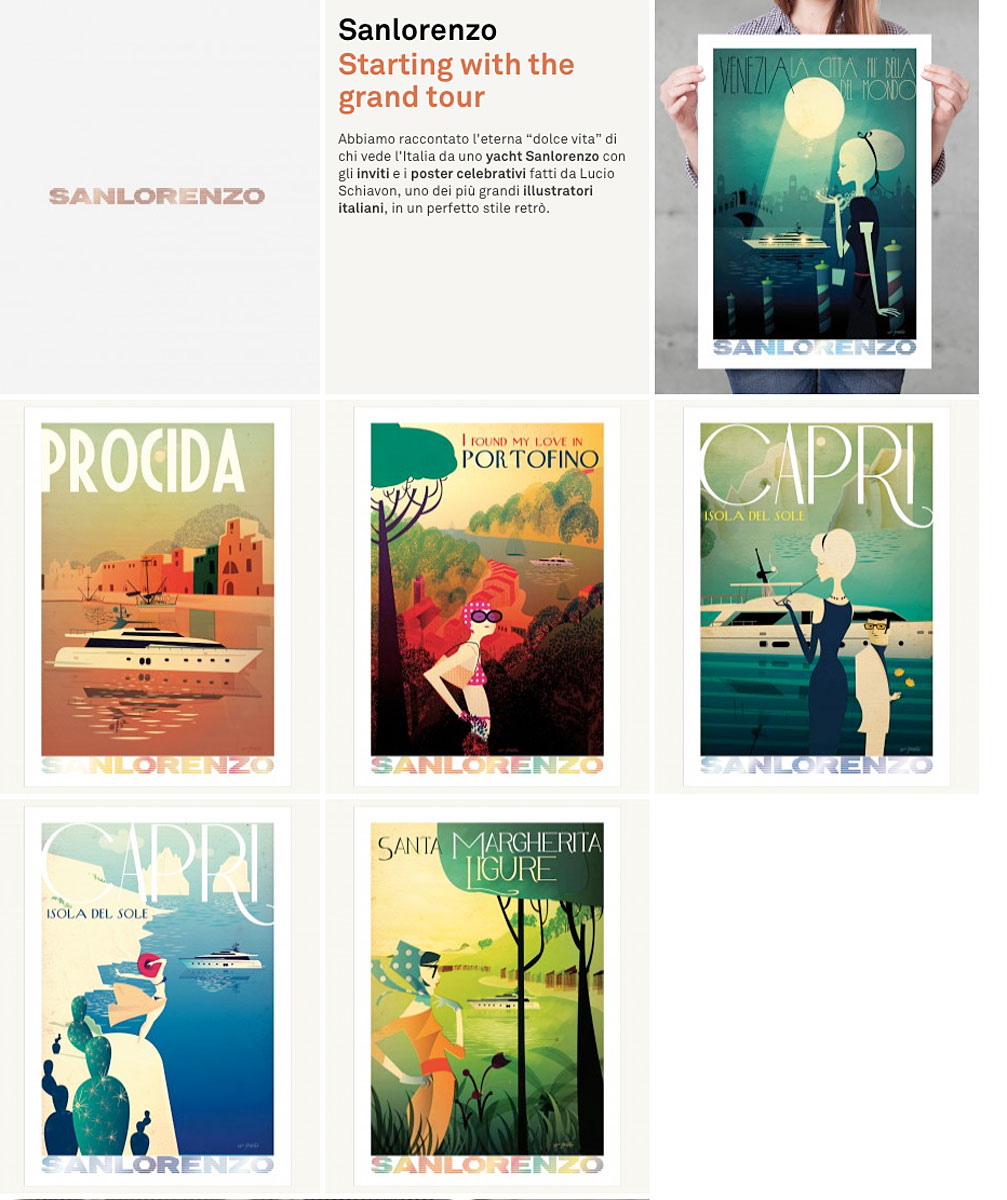 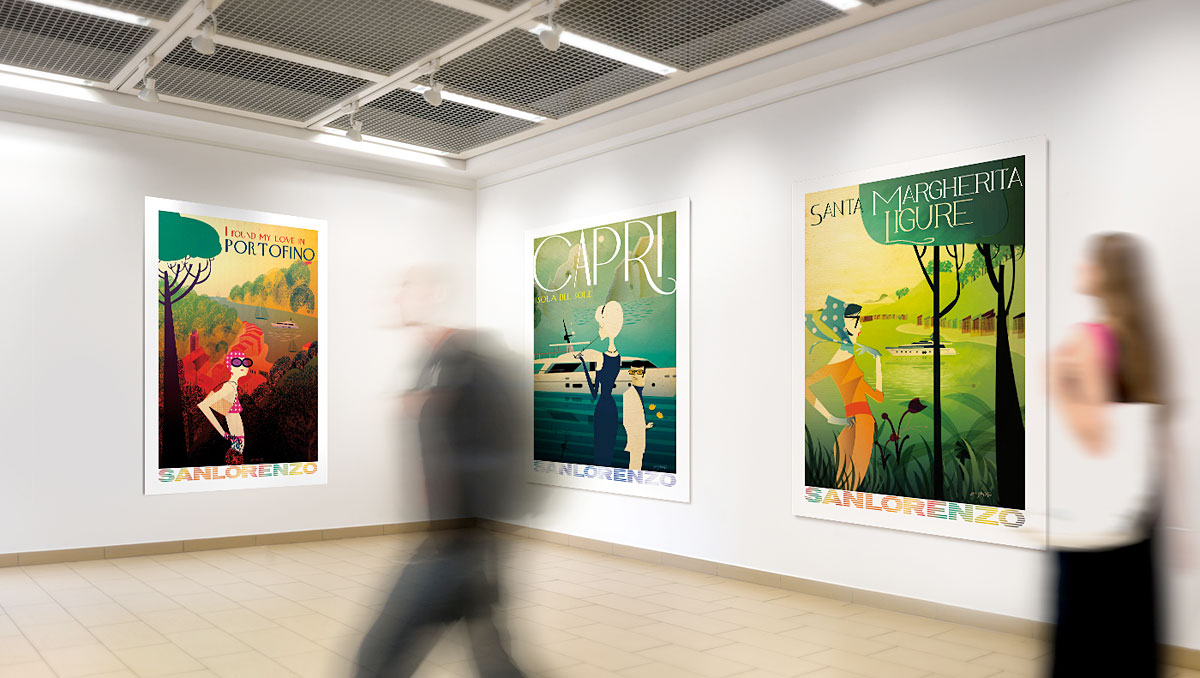