Recently, our artist Dave Stevenson worked with Auston Design Group on this bottle design for Lost Republic Bourbon and Rye Whiskey.  Dave did both the typography as well as the illustration of the bear and the seal.  Dave has a long history with designing packaging.  He is also known for his map illustrations, having worked with everyone from National Geographic to Walt Disney.  Although not a map, the image of the bear is highly detailed and intricate even in its monochrome color palate, which is reminiscent of the intricacies of Stevenson’s maps.  The hand lettering is truly one of a kind and perfectly captures the early American, or Californian, aesthetic that the Lost Republic is trying to recreate. 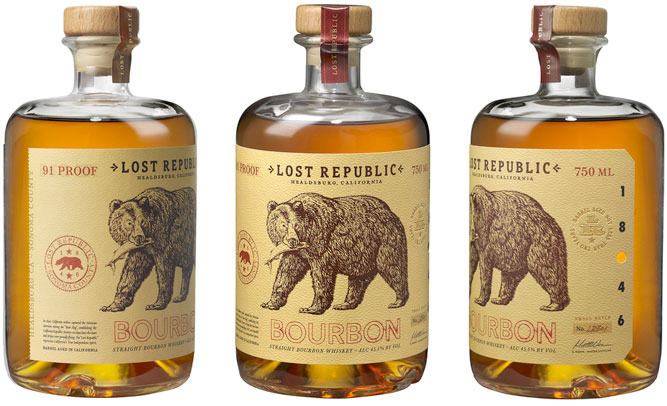 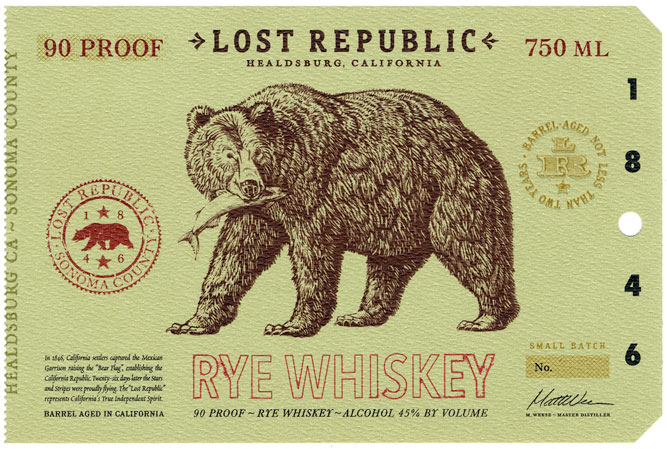 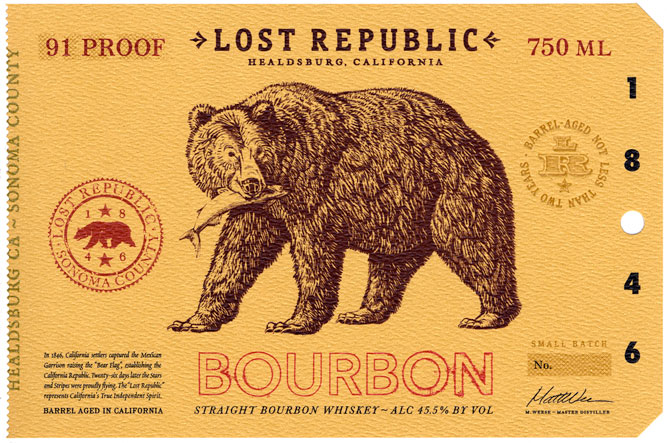