Tijuana-based illustrator Charles Glaubitz was recently commissioned to work with the world’s best selling tequila company – Jose Cuervo. His job, to put a creative twist on the story behind the Mexican holiday Cinco de Mayo.  Jose Cuervo asked their nearly 46,000 twitter followers to “Write their Cinco”— in which thousands of twitter users sent in their imaginative versions of why Mexico celebrates the fifth of May.  Charles Glaubitz in turn illustrated the top 23 stories to create a mural in downtown Los Angeles.  Some of the winning stories include lighthearted stories such as, “It’s hug a cactus day,” and “Mexico had too many avocados on May 5th and they invented guacamole to deal with the surplus, “ to more complex stories such as:

Sink-o-de Mayo commemorates the sinking of the isle of Mayo, off the coast of Acapulco, where 5 palm trees formed the shape of a gigantic taco.  It became such a party scene for Mexican spring breakers in the mid 1800’s… the land could not sustain the weight of a late night, taco-crazed-mambo dance party…and it melted into the sea.  The name later changed to Cinco de Mayo because it looked better on shirts and sombrero’s… it was a typography

All of these stories became illuminated on panels with Glaubitz’s unmistakable style— he utilizes a bright basic color palette, yet is able to render highly imaginative characters.  Glaubitz’s work has been featured in Rolling Stone, the New York Times, and many other publications.  To see the full ad campaign click the link below: 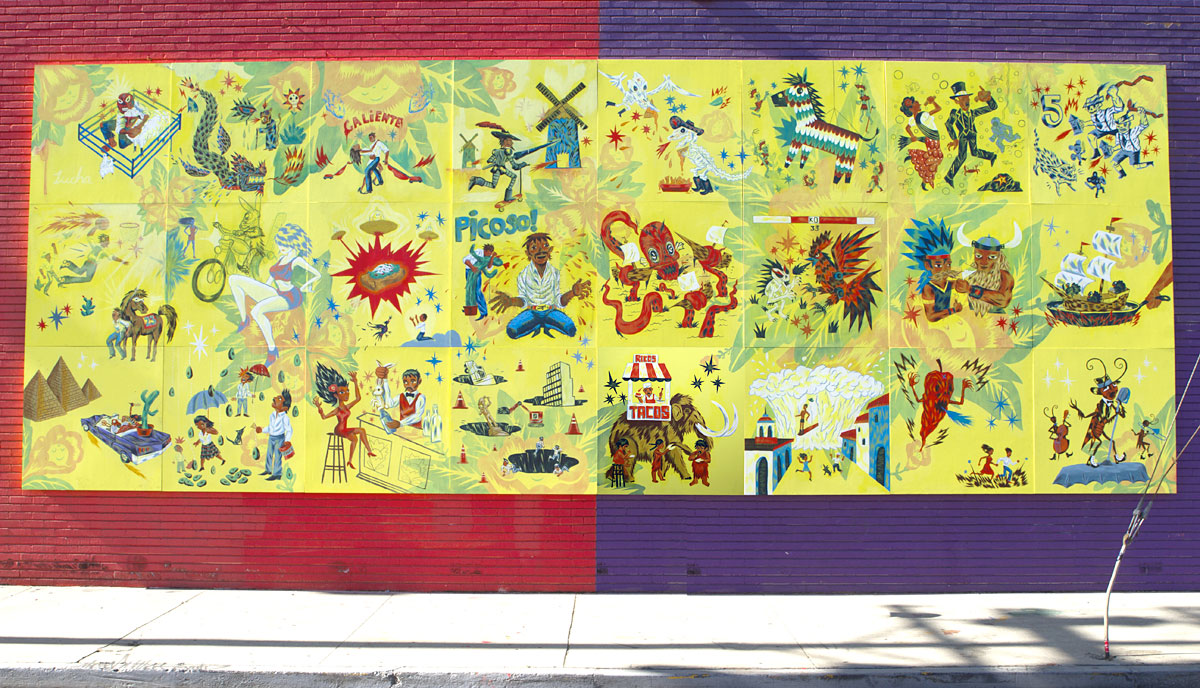