Philadelphia-based artists, Martha Rich and Keith Warren Greiman, are currently being shown as part of the “Hucksters: The Tumult of Dock Street” exhibit on display at the Independence Seaport Museum in Philadelphia.  Martha Rich received her MFA from the University of Pennsylvania and has had her work appear in music videos for musicians like Beck as well as had her work featured in publications, such as, Rolling Stone.  Her work is full of cats, colors, and wigs; often, utilizing text in smart and, sometimes, humorous ways.  Keith Warren Greiman work has been featured in a number of places some of which include The Ace Hotel and the LA Times.  His work covers an array of subjects– generally focusing on the representation of people, “as conduits of the gritty.” This particular exhibit is meant to capture the historical Dock Street Market by employing new and imaginative imagery.  Both of these acclaimed and unique artists’ work will be on display through February 2016. 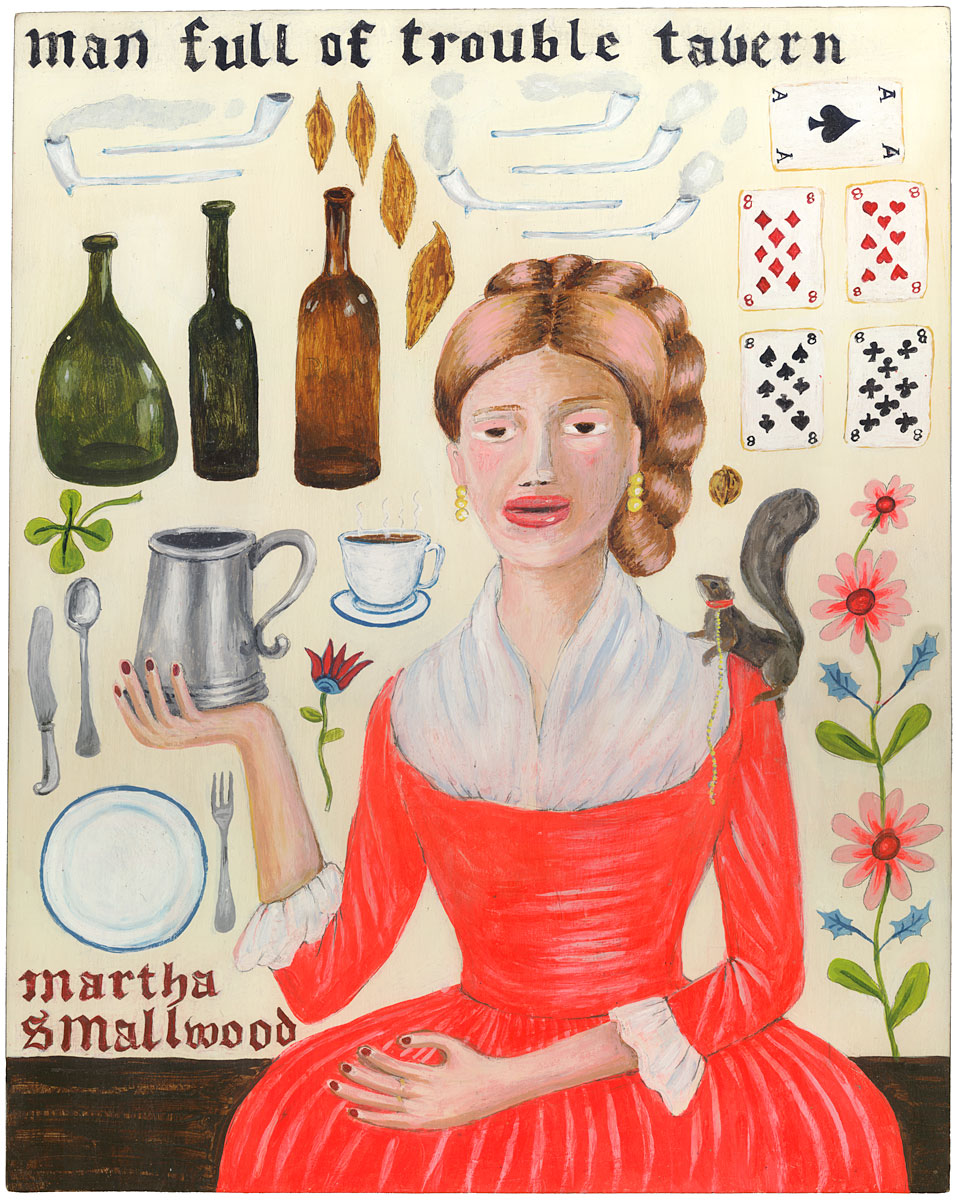 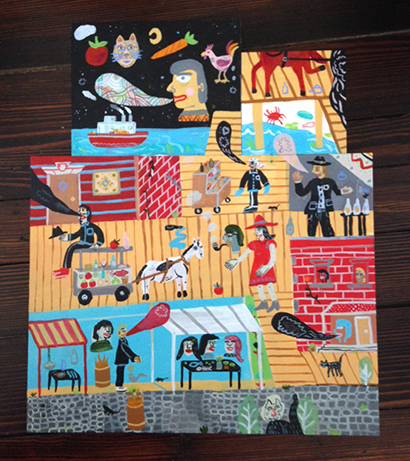